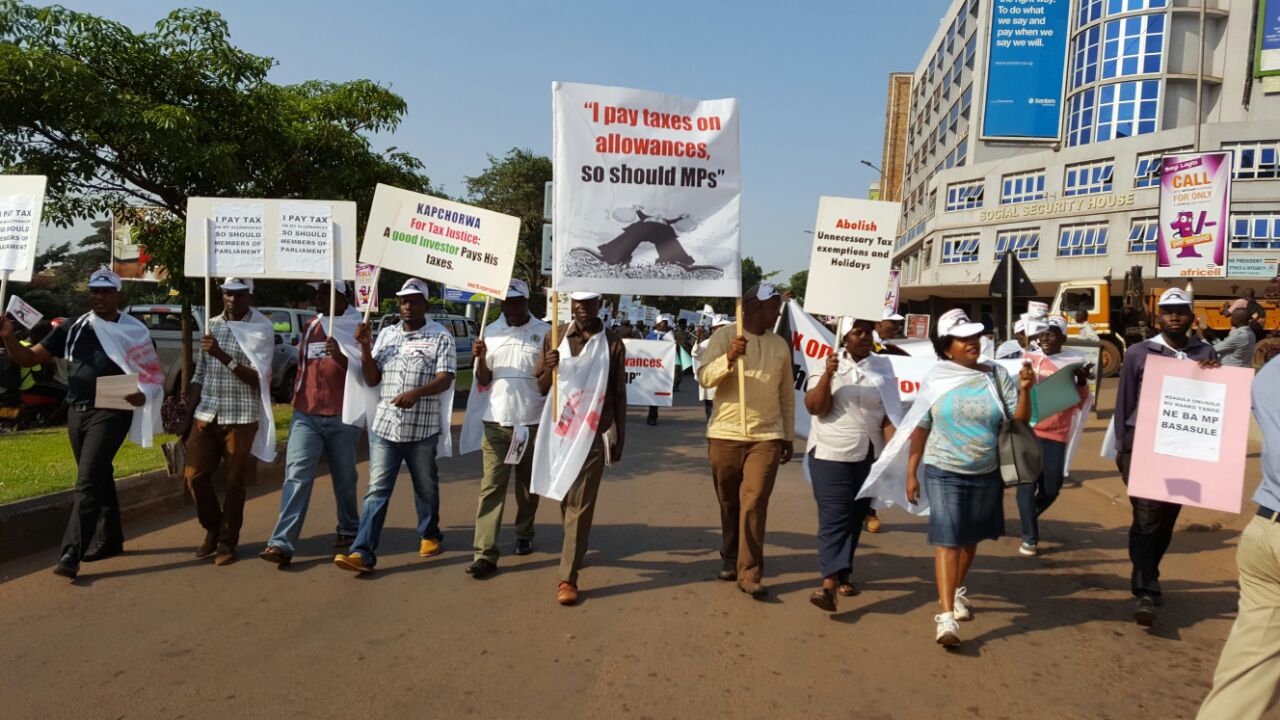 As you are aware, on 15th November 2016, Parliament returned the Income Tax (Amendment) Bill, 2016 to the President with a proposal to exempt MPs allowances from Taxes. The new Insertion under the Income Tax bill by MPs under Sec.21 “(qa) the employment income of person employed as a Member of Parliament, except salary” intends to  create a tax exemption on MPs’ emoluments and allowances, and adds to the list of special groups that are exempt for paying tax in their allowances (Police men, soldiers and prisons). The move for the MPs to insist on exempting their allowances from tax comes at a time when the country is grappling with resources to buy each of the 431 MPs a car for their term of service in the 10th Parliament.

We would like to note whereas the average basic pay of an MP, for tax purposes is UGX 11.18m and that their average contribution to tax is 3.374m, an MPs in Uganda earns anywhere between 20 – 27 million (including other allowances). And in the spirit of the Ugandan Income tax law, which is progressive, the more you earn, the more you should pay. This should appeal more to the MPs who represent the poor communities from which we all come.

Whereas the Constitution Article 85(2) allows MPs to determine their emoluments, Article 93(a)(i) restricts Parliament from proceeding upon a bill and or a motion on financial matters especially on taxation, unless the motion or bill is moved on behalf of government. We therefore find the move by MPs to exempt their emoluments from income tax UNCONSTITUTIONAL.

With a tax to GDP Ratio of 12.9% , MPs must pay taxes on their allowances for the following five reasons;

We call upon our MPs to stop being selfish and predatory to the people they represent, we request our President to reject this clause in the bill that seeks to exempt MPs from paying tax on their allowance as he did in their first submission, and the Attorney general to reign against this unconstitutional move that will set a wrong precedence among the citizens in terms of tax compliance.

FOR GOD AND OUR COUNTRY