While the world’s youth population is expected to grow significantly in the next decades, employment and entrepreneurial opportunities for youth, especially those living in economically stagnant rural areas of developing countries, remain limited. Uganda’s population is generally young, with more than 50 per cent of the population being below 18 years old and about 11.2 million young adults (10-24 years).

Of these, more than 80 per cent -mostly females -live in rural areas. The group of Ugandans between 12 and 30 years is the largest and is growing even bigger. There is, therefore, a significant and growing youth surge in the demographics of Uganda. Uganda’s population structure clearly demonstrates the demographic pressures the country is facing today with a large youth population and an even much larger child population moving to increase the youth population further.

This clearly highlights the need to create more employment and income generating opportunities, specifically for young people. In terms of job-seeking orientation, many youth strive for formal jobs in the wage and salaried employment sector as the ideal income-securing strategy. However, prospects of finding this kind of employment are limited as the number of people entering the labor force annually far outweighs the number of jobs generated and available in the formal wage sector. African Development Bank (ADB) recently estimated that over 400,000 students graduate from institutions of higher learning annually but only about 80,000 are employed in the government and private sectors. This highlights the main character of the Ugandan population as job-seeking rather than job-creating as well as the challenge this creates regarding the resulting labour market absorption capacity.

It remains a dilemma as to why young people are not interested in taking agriculture as their first choice employment. This can be explained by the economic demographics that make it difficult like skills and education for modernized agriculture, value-chain development, motivation of young people to join agriculture, access to land, and in some cases, gender equality in agriculture.

Some sections of the youth will argue that it is difficult to access land to carry out agriculture, which is understandable. A study by the Uganda National Bureau of Statistics (UNBS) indicates that less than 50 per cent of Ugandans have access to land (not ownership) which creates structural limitations to agricultural participation overall. But must this deter us from getting involved in an economic activity that could change the unemployment question in Uganda? This is the time for change of attitude that is attach to Agriculture and look at it as a form of employment.

Government should consider agriculture financing as an option to motivate young people and take a lead role in coordinating policies that increase access to finance through public-private partnerships. An agriculture financing policy that supports all capable agricultural entrepreneurs, that goes beyond limited-term projects by Government for certain target groups, is needed to make financing and insurance widely available for the youth. 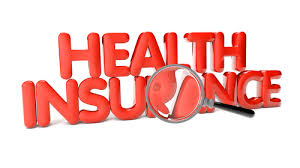